A Night with Lawson Bates 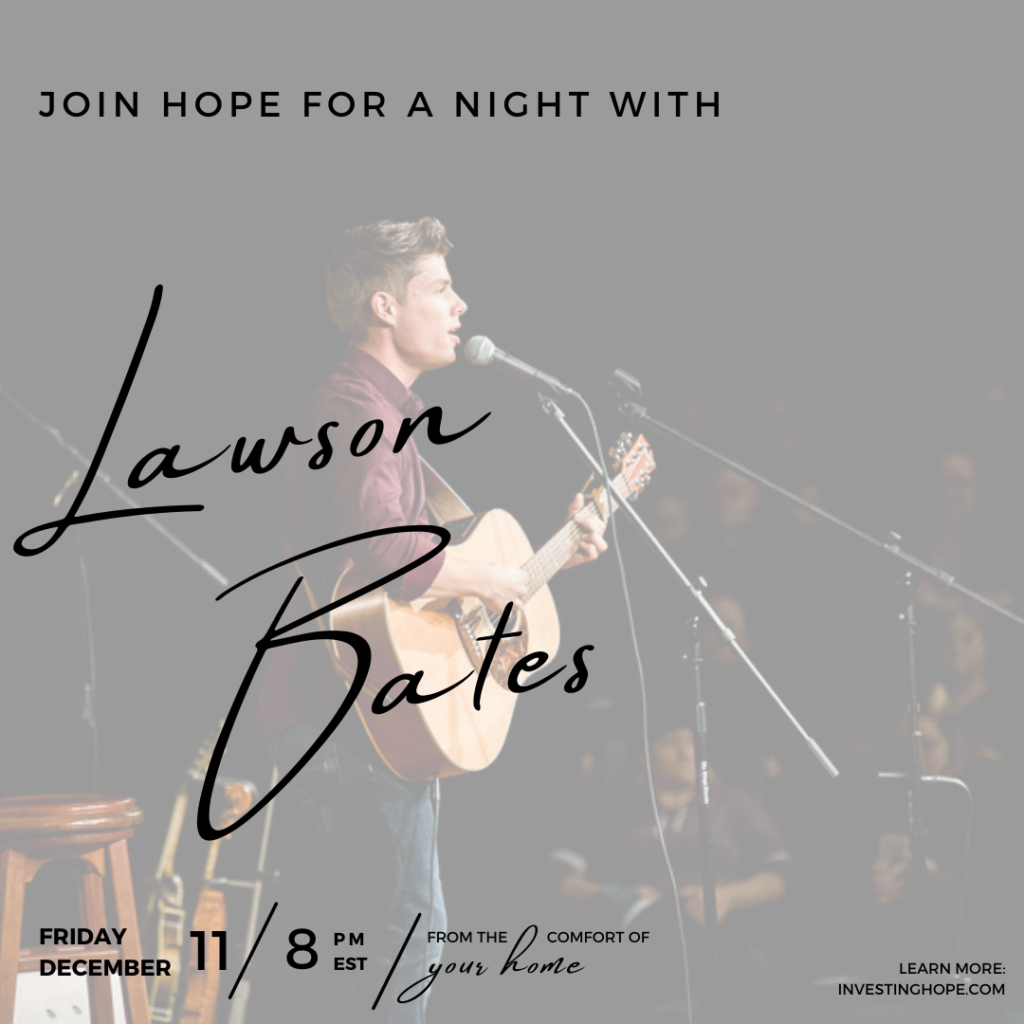 Join us for a virtual concert!

For the past 3 years, we have had a Christmas benefit concert featuring local artists. While we would love to get together in person again this year, we are excited to announce our first ever virtual concert! Lawson performed at our 2017 Christmas concert, and we are excited to partner with him again for 2020.

Join us from the comfort of your own home on Friday, December 11 at 8 PM. Follow Lawson Bates on Facebook so you don’t miss the live stream. We will also be sharing the live stream from the HOPE Facebook page: InvestingHOPE.

Lawson released his first full country album in fall 2016, which featured some of Nashville’s top artists and musicians. He wrote and co-wrote eight of the twelve songs on the album. Lawson also stars with his parents and 18 siblings in the reality television series Bringing Up Bates on UpTV. Learn more about Lawson here.